You are here: Home>Towns and Villages>Hemel Hempstead and surrounding villages>Plough Roundabout aka the Magic Roundabout

A 'who dares wins' experience 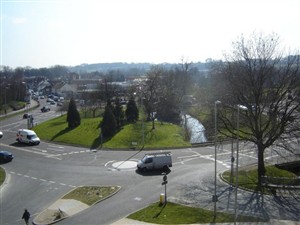 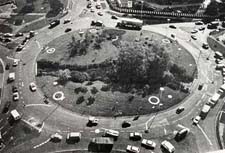 The plough roundabout on opening day

If finding yourself going anti-clockwise on a roundabout in Britain does not confuse you, nothing probably will. It caused so much confusion when it opened in 1973 that policemen had to be stationed at each of the mini-roundabouts to direct clueless motorists, who were no doubt shouting, crying and looking utterly confused. Described as a ‘who dares wins’ experience, the Plough roundabout pretty much renders all highway-code books obsolete.