Revelations of life in Hemel Hempstead in Tudor Times 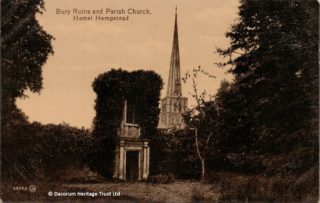 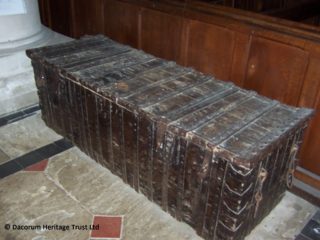 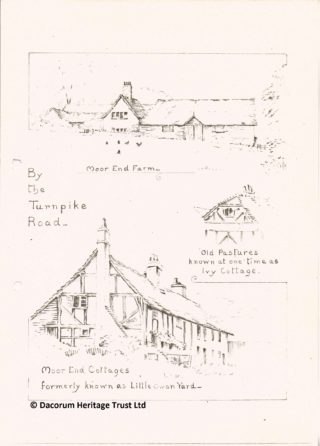 The March meeting of the Hemel Hempstead History Society took the form of a presentation by eight older pupils from Hemel Hempstead School on the theme of the Tudors.  They covered different aspects of 16th century life, such as the many Rebellions, Edward VI, ‘Bloody Mary’, Foreign Policy, Mary Queen of Scots, and Elizabeth’s Parliaments.  They gave a comprehensive overview of national events of the times.

The question may well be asked, “So what was Hemel Hempstead like in Tudor times?”  The answer is, we can only surmise, as we do not have any contemporary illustrations, and only a few written records.

By the beginning of the 1500s, the manorial system was breaking down and the dependence of the poorer peasants on the Lord of their manor was diminishing.  Common fields were enclosed, woods cleared and the wealthy gentry created large parks around their country houses.  Robert Cecil rebuilt nearby Hatfield House and turned the Common field into parkland, enclosed the Great Wood and divided it up into farms, depriving the commoners of their age-old rights.  Nearly 2,000 acres were enclosed in Hemel Hempstead.  The rights of the tenants of Castlemead, Bayliemead and Two Waters Moor, (later part of the Box Moor Estate), were decided in 1499 after disputes with John Witton, Rector of Ashridge Monastery, and they had to pay six shillings and eightpence a year from then on.

Many of the household inventories for this period have been lost, but the surviving ones give a picture of reasonable living quarters, with three of four rooms, generally a hall and a kitchen or buttery on the ground floor and two chambers above.  It was a great time for re-building, as can be seen in The Bury.  Richard Combe’s new home, built in 1557-9, replaced the former Manor House.  It had a hall, parlour, study and eight upper chambers, possibly 14 rooms in all.  The furnishings were equally splendid, with bedsteads, mattresses, pillows, blankets, a quilt of yellow silk, curtains, embroidered cushions and fine furniture.  It was the grandest house in the town.

The humbler dwellings would have had simple oak furniture, pewter dishes and brass kettles; possibly implements for home brewing ‘small beer’, and tools, beds and bedding, much of which was treasured and handed down through the generations.  There were very few luxury goods, only those items necessary for daily life.  Books, apart from the Bible, were very rare.

The Church of St Mary was the centre of life in the town.  The nave was used as an open space for meetings and even as a corn exchange.  Rowdy social events held there persuaded the priest to apply to build a Church House where the Old Town Hall now stands.

Families were larger in those days and it was not uncommon to have 12 or more children – a lot of mouths to feed.  The inhabitants were mainly farmers, craftsmen and tradesmen.  It was a small country town with few really wealthy people.  In 1563 there were 144 families in Hemel Hempstead, 50 in Bovingdon and 16 in Flaunden.  In the 1542 Lay Subsidy only six people were paying £20 or over, which included some farmers from Bovingdon and Flaunden.  The houses were mainly clustered at ‘Chirchend’ around the collegiate church of St Mary and ‘Burymillend’, the two ends of the built up area in the mid 15th century.  The market charter of 1539 saw the expansion of the town and the High Street (Market Street) in the next one hundred years.