You are here: Home>New contributions>The Morton family in Hemel Hempstead

The Morton family in Hemel Hempstead 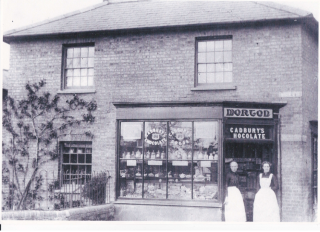 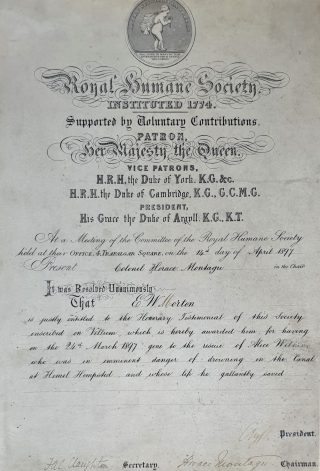 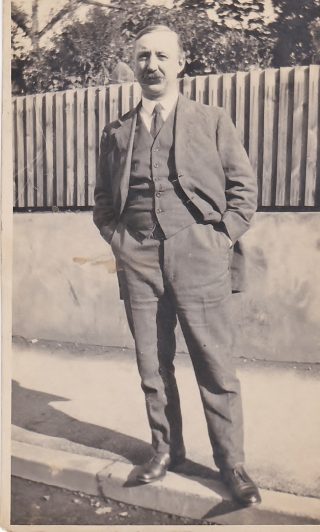 My family first came to Hemel Hempstead in 1888, when my great-grandparents, Richard and Liz, took over the Baker/Confectioners at No.1 Moor End. They had been trying to get good business in other towns but Liz said “that is enough, we stay here”, and they did. During Victorian times the shop and the “Plough” pub were the focal point at the bottom of Marlowes, which had a large open space for the five road junction. The bridge over the river next to the shop was apparently known as ”Morton’s Bridge ”.

My grandfather was 7 years old at this time and therefore had his formative years at Moor End. The photo opposite shows Liz and her mother, Mrs Bates, outside the shop but at this time Richard had died. My grandfather, Edmund, did torment others, for example lifting Mrs Bates, and chair, on to the counter for passers by to laugh at.

Edmund did have a caring nature, however. In 1897 the Royal Humane Society awarded him the Honorary Testimonial of the Society for saving the life of a girl who was drowning in the canal in Hemel Hempstead (see photo).

In around 1900 Edmund’s future wife Charlotte Champ, came to stay with her sister in Kingsland Road and found employment as the local midwife. She had been trained as a nurse in Dublin Hospital. By 1905 they had met, married, and begun living in Marlowes where my father and two sisters were born.

Both my father and grandfather worked as engineers in J Dickinson during the war on munitions. My father therefore could join the Home Guard and was allowed to have petrol to transport the men about. The problem was they used phosphorus bombs for practice, once getting some on their clothes which when they climbed into the car set fire to the seats!

At the same time I was at the Hemel Hempstead Grammar School, without much success I must say, before going on to an engineering apprenticeship at De Havillands, Edgware until 1952, gaining experience at a number on company sites. During this time I was courting my future wife in Berkhamsted, travelling on an old motorbike. It was OK during better weather, but in those days there could be extremely bad fogs which people under 60 have probably never seen. The most difficult part of my journey home from Berko was the Plough Junction when sometimes you could not see  your feet for the fog whilst passing the Moor End shop requiring the motor cyclist to feel the curb with his boot. Then you had to turn to get you back to the shop and head out across space of the junction totally blind to the opposite road – quite nerve-wracking!

Some months after we married at St Peter’s Berkhamsted, I received National Service calling-up papers. With a baby, I had been deferred until I was 24. My wife had been working as a PA to the boss of a small company in Berko selling caravans, so we did a deal and purchased a fairly large live-in van initially in Hatfield. When I was posted to RAF Lynham we moved the van next to the airfield. Very convenient for me, but hard work for my wife!

When we left the Hemel area in 1955, I believe Marlowes was as it had been for many years. However, during our stay at Lynham it was almost totally gutted, and on our return we hardly recognized the place

On leaving the RAF  in Oct 1957 we were told to our delight that my boss at De Havillands had arranged for the family to rent a new house in Hatfield Development. This was a huge step forward after the war and National Service.

The family have remained in the Beds/Herts area  in various towns since this time and often visited the new  Marlowes.