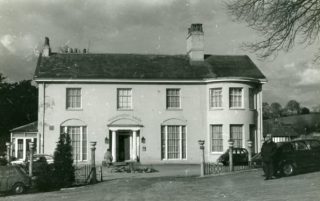 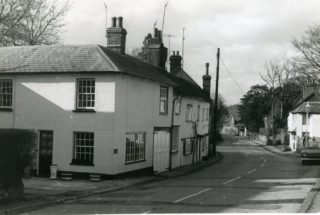 An enduring point of interest in Piccotts End, outside Hemel Hempstead, has been the true whereabouts of the Queen Anne-era house belonging to Hugh Hume-Campbell, the 3rd Earl of Marchmont (see “Marchmont Arms, Garage and Cottages”, 24th September 2019).

Today, The Marchmont Arms, a pub in business since the 1970s, might seem the obvious bet for the original Marchmont House, but many have supposed the brewery, or a previous owner, merely adopted the name from some prior-demolished Queen Anne residence elsewhere, and that there is no historical connection.

In fact, the original Queen Anne home of the 3rd Earl of Marchmont is certainly within the building you see today.

The Marchmont Arms building sits opposite the Roman villa across the River Gade, and partly under the Leighton Buzzard Road. I am the last living member of my family who lived there from 1964 to 1973, and am therefore familiar with several aspects that will be unknown to the public or local historians.

The Earl’s primary home was a grand Palladian mansion in Berwickshire, Scotland, which he built in 1750 and can be visited today. In that year the Earl also took up a seat as a Scottish Representative Peer in the House of Lords, and built the house in Piccotts End for some respite from his work in Parliament when he did not need to travel back to Scotland.

The proof that this is the site of the original building is in the cellars. To the right of the present front door, nearer the road, is a bowed window. The whole of that section was added to the front of the early eighteenth-century house. The window immediately to the right of the present front door is directly above a large fire hearth in the cellar below! This is an impossible construction unless the window is not original and there was probably a ground floor fireplace there previously. In that same cellar but at the east end, facing the road, is a brick construction for a window and window light well, just as can be seen on London semi-submerged basements today. This construction also occurs in the next cellar and I believe the third, but that one housed the oil tanks for the original hot air system so it would be obscured.

Is it a coincidence that the three doorways at ground floor level are where the windows would have been on the front of the Queen Anne house? The significance of one fact dawned on me only recently. My father remarked several times that he had difficulty running electric cables and air ducts between the ground floor and the cellars below because the joists ran in two sets at right angles to each other. Recently I had an oak floor installed in my present home to replace the old tiled floor, and I learnt that the boards are always laid parallel to the hearth, never with the boards finishing at the hearth. This would explain the system of two joists – one for the old house with its fire place on the southern end, and the other for the current floor for the new fireplace location on the east side of the same room.

Attached to the coach house was a stable with three stalls and a large room over both. The walled vegetable garden was accessed from behind this block but I can’t recall exactly where the doorway was. This area was owned by someone else so we, as children, were forbidden to go there.

After the A4147 Link Road was first built, two men called one day to say they were part of the construction team for that road. They felt they were duty bound to let us know they had found a very large ‘drain’ running at 90 degrees to the road as if going from our house towards the old town. It was deep enough for a man to stand in and was made of brick with a rounded roof. It was quickly destroyed to avoid a hold up to work for archaeological investigation that might have meant them being laid off work for a while. They could not recall the exact location. We thought it might have been the legendary tunnel from the churchyard but we failed to find the entrance within the house. We did not have time to go exploring under the drainage flagstone in the cellar.

When the Gadebridge Roman villa was being investigated, I asked how the villa was reached, as there was no road on that side of the river. I was told there would have been a track across the river up to Piccotts End Road with probably a Roman gatehouse at the junction. That could explain the Roman-style drain crossing under the floor of one of the cellars.

One day we found an old deed for the house, with the walled garden to the North and all the land detailed. It covered about 100 acres. I believe it was sent to Hertford where the county records are kept.

A picture exists of the original Queen Anne house, which may be in Herts Archives, showing it with the half white/half black ‘death lozenge’ hanging over the front door. I believe it was to mark the death of the Earl’s wife, and in fact he died shortly after her in 1794. Both of their ‘death lozenges’ now hang behind the organ pipes in the local Anglican church. My parents offered to pay for the ‘lozenges’ to be cleaned and repaired (in about 1970) on condition that they were moved to a more visible location within the church. Unfortunately the church refused to relocate them so they were never renovated! I hope they are still worthy of restoration.

Another memory: when we bought the house, there was an old Austin 18 at the far end of the coach house, but it had a broken big-end. My father being an engineer, hand crafted the white metal bearing cups (no off the shelf stuff) and the car ran until we sold it – it was my first car, which I drove to Apsley Grammar school – only the second student to have their own car to go to that school. Unfortunately the new owner drove the car hard and ‘threw’ the big-end again and then scrapped it before we could rescue it.

Intriguingly, we could never remove the pale red splodge on the floor in front of the ‘new’ fireplace – could it be where, legend has it, a person came from the little house to the south of the property, and ‘ran through’ someone in Marchmont House, and the splodge is the sinister result? Another mystery!