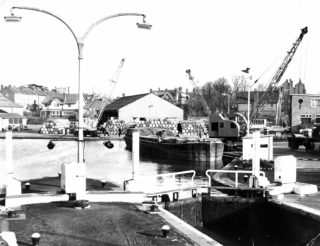 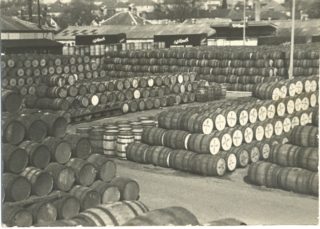 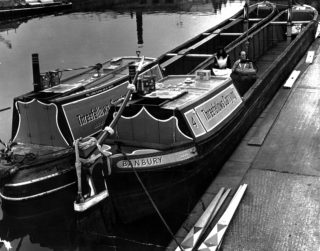 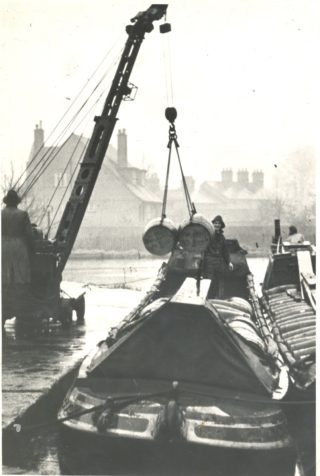 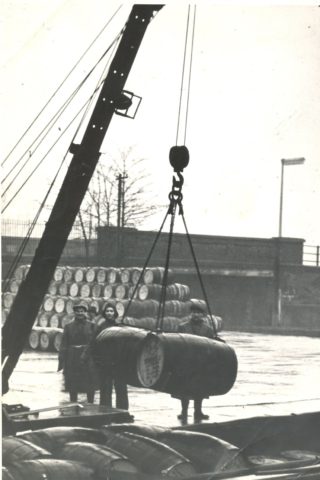 From 1946 until its final closure in 1983, Boxmoor wharf was home to the company that made Rose’s Lime Juice; at one time employing over 30 people and being the largest lime juice depot in the world.

Lauchlan Rose, the founder of L. Rose & Co. came from a family of shipbuilders. His company provided ships supplies including lime juice,a remedy for scurvy. In 1867 he had patented a method of preserving citrus juice without alcohol, and from this his business grew. From his neat lime juice, he went on to develop “Rose’s Lime Juice” a sweetened bottled drink for the domestic market, which became a great success. The company’s London premises were severely bomb damaged in the Second World War, so were relocated to St Albans and Hemel Hempstead.

From 1947 unprocessed lime juice was transported by narrowboat from London to Boxmoor where the juice was stored and subsequently filtered and sweetened before being sent to St Albans to be bottled. At its height the company had up to 25,000 barrels in the yard, which in summer were sprayed to keep them cool.

The delivery of lime juice by canal continued until the early 1980s. These photos from the 1970s show Threefellows Carrying narrowboats including “Banbury” at Boxmoor Wharf. Threefellows Carrying was a partnership of three canal enthusiasts who in 1971 began acquiring former trading boats with the intention of restoring them for use for commercial carrying. The transporting of lime juice from Brentford to Boxmoor Wharf for Rose’s was their first commercial trade.

Canal traffic ceased to the wharf in 1981 and Rose’s Lime Juice which had become part of Cadbury Schweppes,finally left Boxmoor in July 1983. The site is now occupied by a B&Q DIY store.

Can you add to this story? Do leave a comment or add your own memories to Our Dacorum.