You are here: Home>Towns and Villages>Hemel Hempstead>The exciting life and times of the boxing hero of Hemel

The exciting life and times of the boxing hero of Hemel 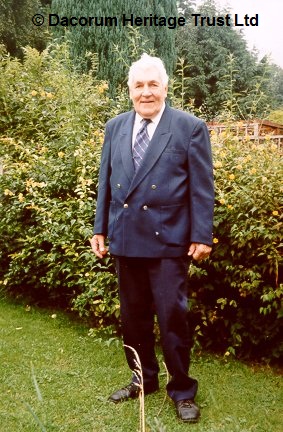 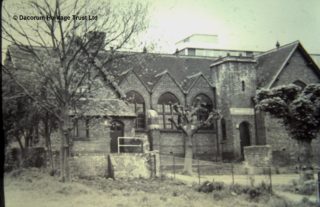 Edgar Charles Collett was born in Hertford in 1921, the only son of William and Hannah Collett.  The family moved to Redbourn and then settled in Wood Lane, Hemel Hempstead.  At the age of 14, Charlie began an apprenticeship at John Dickinson’s in the Engineering Department.  He worked there for the rest of his life.

Charlie’s interest in boxing began at the age of 16 when he joined the local boxing club at the Drill Hall, Hemel Hempstead.

By the 1940’s, Charlie Collett was rated one of the best five heavyweights in the country. He weighed in at 14 stone 7 pounds (92kg) and was dubbed “Britain’s hardest hitting heavy-weight”.   He fought over 200 times, drawing large crowds of over one thousand spectators at local venues, such as Watford Town Hall.  Some of his notable opponents included the Heavyweight Champion Don Cockell.  The famous fight between Londoner Don Cockell (1928-1983) and Rocky Marciano on 16 May 1955 can be seen on YouTube.  Cockell fought Randolph Turpin at the White City Stadium in 1952, but lost in the 11th round.

Charlie once fought Britain’s then heaviest boxer, George Davies, who weighed in at 19 ½ stone (124kg).  George was so heavy that before the fight special scales had to be found at the local coal yard in order to weigh him!  During the fight, they both hit one of the ring posts at the same time and their combined weight completely broke it.  A similar incident occurred when he fought Reg Andrews and the middle of the ring collapsed. They finished the fight with soldiers and officials having to stand underneath to hold up the floor.

After retiring from the sport, he continued to train youngsters at a boys’ club and, in 1980, he and his wife Vera attended a Royal Garden Party at Buckingham Palace in recognition of his 30 years’ service to the Association of Boys’ Clubs.