Memories about the War 1939 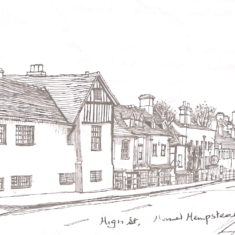 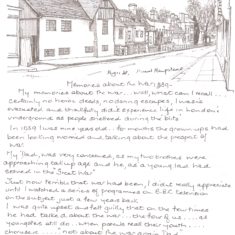 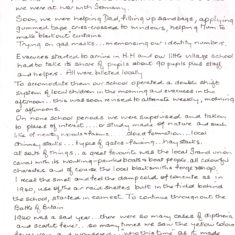 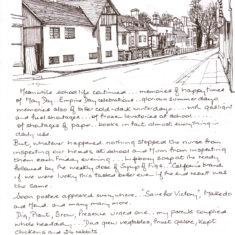 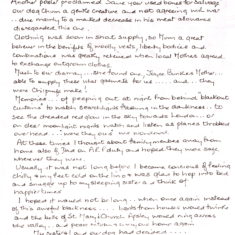 My memories about the war…Well what can I recall? Certainly no heroic deeds, no daring escapes, I wasn’t evacuated and thankfully didn’t experience life in London’s underground as people sheltered during the “blitz”.

In 1939 I was 9 years old…For months the grown-ups had been looking worried and talking about the prospect of war.

My Dad was very concerned, as my two brothers were approaching call up age and he, as a young lad, had served in the “Great War”.

Just how terrible that war had been, I didn’t really appreciate until I watched a series of programmes on B.B.C. television on the subject just a few years back. I was quite upset and felt guilty that on the few times he had talked about the war…the four of us…as youngsters still do… said “not about the war again, Dad”.

Especially so as, 50 years after “our war”, people are still talking about it… and “his war” was only, at that time, 20 years previous. But for my sister aged 5 and myself and our dog…back in that balmy summer of 39…all was well with our little world. We were on holiday from school… had ITMA to look forward to on Tuesdays and lots of important things to do in the local fields and woods.

Reality, however, soon caught up with us…my memory is clear of that fateful Sunday in September(3rd)…the family quiet, tense, waiting, as Big Ben boomed out 11 times… a slight pause, then the announcement on the radio that we were at war with Germany.

Evacuees started to arrive in H.H. and our little village school had to take its share of pupils – about 90 pupils plus staff and helpers. All were billeted locally. To accommodate them our school operated a double shift system of local children in the morning and evacuees in the afternoon…This was soon revised to alternate weekly, mornings or afternoons.

On non school periods we were supervised and taken to places of interest…or study made of nature and such like of nearby woods & farms…..cloud formations….local chimney stacks…types of gates-fencing…haystacks, all sorts of things… a great favourite was the local Grand Union Canal with its working painted boats & boat people, all colourful characters, and of course the local blacksmith’s forge & shop. I recall the smell and feel the damp cold of concrete as, in 1940, use of the air raid shelters built in the field behind the school started in earnest, to continue throughout the Battle of Britain.

1940 was a sad year…there were so many cases of diptheria and scarlet fever…so many times we saw the yellow coloured fever van and wondered….”who this time?” as it made its way to the Fever Hospital at Bennetts End. A school chum June Allum aged 10 died of diptheria and several others, my best friend Betty among them, were ill for several weeks… some seriously so, this was October-time 1940. Luckily, my sister & I had been immunized early on in 1940 on the advice of our doctor, Dr. Burnett of Lincoln House, Apsley.

But, whatever happened, nothing stopped the nurse from inspecting our heads at school and Mum from inspecting them each Friday evening…Lifebuoy soap at the ready followed by the weekly dose of Syrup of Figs…..California brand if we were lucky. This tasted better even if the end result was the same.

Soon posters appeared everywhere…”Save for Victory”. “Make do and Mend” and many, many more. “Dig, Plant, Grow, Preserve” urged one….my parents complied wholeheartedly….Dad grew vegetables, fruit galore, kept chickens and 24 rabbits. Mum’s life, or so it seemed at this time, revolved around her beloved Kilner Jars, not one in her vast collection remained empty for long…plums, apples, blackberries, tomatoes, beans were bottled & preserved for winter. Rubber rings for these jars were much prized…new ones more valuable than gold! We were very lucky and never went hungry…thanks to all their hard work.

Of course meals could be rather monotonous, but there was always something to look forward to…. Such times as we raced home from school…calling out “They are frying Tonight” collecting paper to wrap, money to purchase before racing back to the fishshop  in Great Elms Rd to join the queue … hoping to purchase a family meal before they sold out.

Another poster proclaimed “Save your used bones for salvage”. Our dog Chum, a gentle creature and not agreeing with war….due mainly to a marked decrease in his meat allowance, disregarded this one.

Clothing was soon in short supply, so Mum, a great believer in the benefits of woolly vests, liberty bodices and combinations, was greatly relieved when local Mothers agreed to exchange outgrown clothes. Much to our dismay….she found one, Joyce Bunker’s Mother,… able to supply these vital garments for us….and… they were Chilprufe make.

Memories….of peeping out at night from behind ”blackout curtains” to watch searchlights flashing in the darkness…to see the dreaded red glow in the sky towards London…or on clear moonlight nights watch and listen as planes throbbed overhead …. ”Were they ours?” we wondered.

At these times I thought about family members away from home, also of Dad on A.R.P. duty and hoped they were safe, wherever they were.

Usually it was not long before I became conscious of feeling chilly & my feet cold on the lino & was glad to hop into bed and snuggle up to my sleeping sister and think of happier times.

I hoped it would not be long…when once again, instead of this awful blackness,…lights from houses would twinkle and the bells of St. Mary’s Church Apsley would ring across the valley…and peace return & everyone home again

My sister & I and our dog had decided …we had had enough of war.