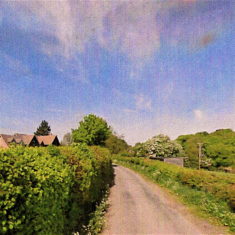 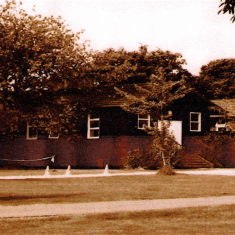 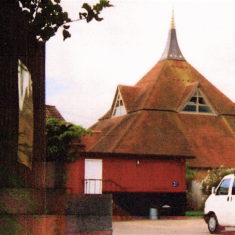 In 1939, the site was purchased from a private seller by the National Camp Schools Corporation and it became known as ‘St.Margarets Camp School’

Certainly during the Second World War evacuees came up from London to live at the Camp School. In a BBC documentary ‘WW2 People’s War,’ one of the evacuees recorded that he stayed at St. Margarets for some time.  As he put it:

“This was the beginning of my becoming a man before my time…. The school was strictly regimented.  We lived in dormitories named Shaftesbury, Lister, Wren, Gordon and Shelley.  There were two women called ‘sisters’ (like matrons) who inspected our beds for tidiness and cleanliness…all the dormitories competed against each other. During the summer, we had school in the morning and evening and the afternoons were for sport and recreation.

We also worked on the local farms during the school holidays.  While we were there we had to join the Boys Brigade or Scouts.  To give some idea of the type of school, which was full of evacuees, we had 30 (average) in the classrooms

After the war, apparently, children could still be sent by their parents to St. Margarets for a month, to enjoy the country and outdoor life, as well as receiving formal education.

In 1957 the site became a residential school for E.S.N. children, under the auspices of the Bedfordshire County Council Education Department.

When I first joined the school in 1975, it housed children from the age of 7 through to l6.  The boys ands girls (who would be designated nowadays as Special Needs children) were in those days labelled ‘educationally sub normal’.  However at least half a dozen of the children were not E.S.N. but what was termed ‘maladjusted’.  This was not a happy mix – and tension was greatly relieved when two Units for the Maladjusted were opened in Bedfordshire and the ‘maladjusted’ children were transferred.  Altogether there were some 50 or 60 children there at one time.  They lived at St. Margarets during term time and were taken home for the holidays. Most of them came from  Luton and Bedford.  Prior to coming to live at Great  Gaddesden they had attended Special Schools in Bedfordshire but had been found, for a variety of reasons, to be unsuitably placed – hence their removal to St. Margarets.

The  school was very basic.  Four long dormitories raised from the ground by concrete pillars, wooden steps up to each dormitory and a passageway at the end of each dormitory giving access to teachers’ quarters at the end of the building.  There was also a wooden building housing a big hall, a workshop for the boys to practice woodwork etc., a kitchen, dining room and a staff room – all buildings raised up from the ground on pillars.

Most of the staff – teaching and domestic – lived in separate premises on the campus.

In 1984 the land and premises were sold to the Amavarati Buddhist people and became a monastery or temple.

Deeds were passed on to them after the sale was completed.