Memories of Hemel Hempstead from 1951 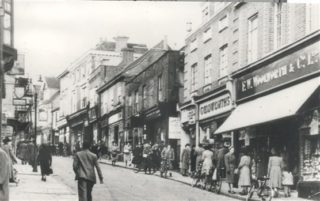 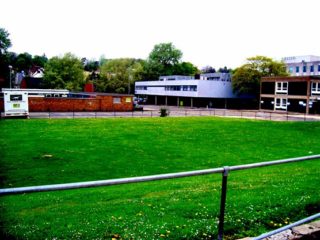 Where the Pavillion once stood
Lionel Howard 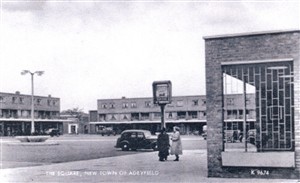 I lived in Harrow Weald during the war with my mother and sister; my husband was demobbed from the army in 1945 and joined us. We had one room downstairs to sit and eat in, and one bedroom upstairs. Our names went on the council list, with very small hope of getting rehoused.

Not enough room to swing a cat

My son was born in 1946 and my daughter in 1951 that made four of us sleeping in one bedroom, not enough room to swing a cat round as the saying goes.

At the beginning of 1952 the council suggested my husband gave up his job, he had quite a good position at Kodak then, and take a job at Addressograph in Collindale. We could then be rehoused in Hemel Hempstead. We really had very little choice. Within a short while we were given keys to a three-bedroom house in Adeyfield with a garage, a very long front garden and a larger one at the rear. It was heaven to us, at last room to move around. The house had an open fire with a back boiler, plenty of hot water but no central heating.

The coal was stored in a large shed, which we bought a ton at a time from the Co-op coal merchant. There was a toilet in the back garden, which was very convenient when the children were in the garden.

My husband had to travel by coach each day, supplied by the firm until the factory was ready in Maylands Avenue.

No shortage of shops

The Co-op van came round the houses so we could get our shopping done; the baker came every day and the milkman.

Next, coming to the old High Street: a bank, a library at number 48 Woolworth’s, Home and Colonel, jewellers, Callor Gas, Rolphs Drapery, Waggons, Car Sales, Dinky Dell, Basket Shop and not forgetting the market held where the car park is.

Then down the Parade again: chemist, newsagent, freezer shop and bank, so there were no shortage of shops.

Walking to the playground

I used to walk down Windmill Road to where Turner Hill is now. There was a farm, with a footpath leading to Hillfield Road – the chickens ran loose everywhere. We went past the hospital which was only an old building, then later it was extended with an outpatients and new wards. The Queen Mother opened this in July 59. From there the walk took us down Marlowes to Moor End, where we bought sweets at the little shop. Then on to the children’s playground with swings and roundabouts. Then came the walk back, not so funny when you had a big pram it push up the Midland Hill.

It was a big day when the Queen laid the foundation stone for the church, after which she drove round the estate, she had a great reception.

My son went to Maylands school for a while until Broadfield was opened. On Sundays he joined the band. He learnt to play an instrument at the citadel and stayed with them into his teens, my daughter also played the tambourine.

I saw the Marlowes develop into a very good shopping centre with all the facilities and shops we needed with a very good market. Now we have lost the cinema and Pavillion, and there seems to be a lot more going in the near future.