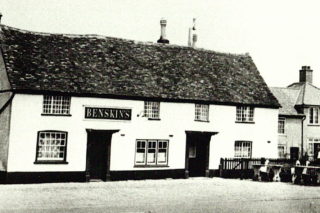 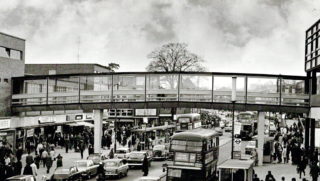 We came to Leverstock Green in 1973 after living in Central and South Africa for 20 years.

With hindsight, it was not a particularly good time to be resettling in the U.K. industrial disputes and very uncertain delivery dates for our furniture. We had to furnish the house from top to bottom and we had to wait for many weeks for some of the furniture, only the beds and carpets arrived on time.

For most of the next year, my daughter and I had the house to ourselves, my husband was back in Johannesburg working out his contract. My two boys were at school in Cumbria and came back for the holidays, although our house was in Leverstock Green, it was just into the St. Albans District, so our dustmen came from there, and we had to vote there. I to know my neighbours very well, but on the whole found people in the village not particularly friendly, what a difference we found when we moved to Bovingdon 6 years later.

There was a good Church of England Primary School in Pancake Lane, but within 10 years half the playground had been sold and some executive houses were built on the site. Later on the school itself was closed and more homes built. This was all to the dismay of the parents, whose children had to be relocated to the school in Green Lane.

Along Westwick Lane, there was a cottage (and still is) called King Charles Cottage, but I was told that the house does not date back as far back as that in English History.

In Hemel, the pedestrian bridge spanned the Marlowes, between Sainsburys and Tesco to TimothyWhites across the road from there,

W.H. Smiths further down on the corner of Selden Hill. The B.P. building was situated across Marlowes but did not seem to be in a very healthy state.

I remember the morning the magic roundabout was opened to traffic, huge queues on every approach road; it took us over an hour to drive from Leverstock Green to the railway station.

In Leverstock Green, along the St. Albans Road there is a tiny building, which is situated in the garden of a modern house. It must be the oldest building in the neighbourhood, but I cannot remember if it was a pub or a cottage. There was brick making in the area, hence Tile Kiln Lane, however, this is as far as my knowledge of Leverstock Green goes.