Deborah and Pat: The first days of the gardens 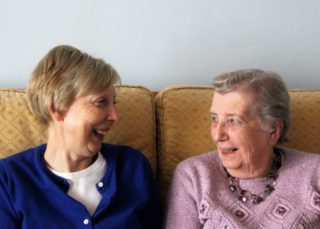 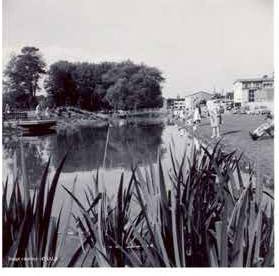 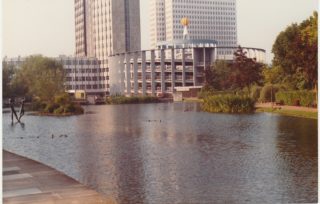 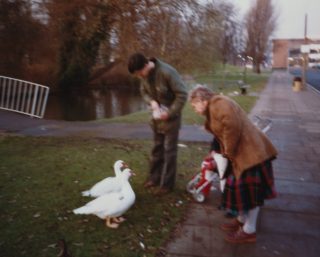 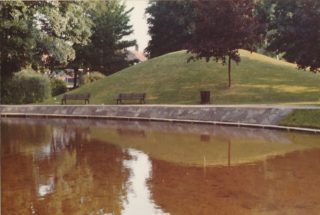 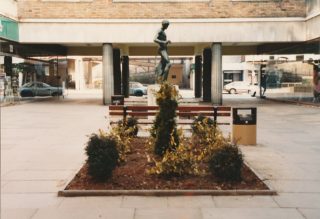 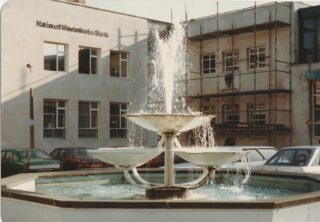 Pat remembers walking through the gardens before they were completed and Deborah recalls rolling down the mound and not quite into the water!

Memories of the Formal Garden

A place to be proud of in the early days of the new town.

Deborah and Pat reminisce about some early water garden residents.

The Discobolus Statue was a copy of an ancient Greek original, but it caused quite a stir when it was installed in Bank Court.

” The water gardens had been started on, obviously just laying them out. Cos I can remember .. at the end opposite where the police station … there was a huge… mound of ….and actually it’s still there now but it’s got trees.. or,  it was just a pile of soil. And, eventually they grassed it all over. And um, they didn’t have trees on it. it was just this lovely mound and the children used to run up and down it and roll, run up and roll down !”

“Yes, I can remember doing that. I don’t know how we didn’t roll straight into the river but we  didn’t”

“They were very nice. They were the talk of not just Hemel. I mean they were famous for their gardens.. People from… say Berkhamsted or Tring .. would come just  to do a bit of shopping. It was like a treat to come to Hemel, to walk along the gardens and then be able to go and do your shopping, or to go and do your shopping and  then come and.. sit in the water gardens. .. The rose garden used to be really lovely years ago.”

“We used to think they were.. ugly little things, but we were always quite excited to see them ,the muscovy ducks. That was before everything was overrun by the geese! So we used to see mallards, and probably some coots, and maybe moorhens and there was always a couple of swans.”

” I remember the statue in Bank court because when it was first put there he was naked as the day he was born! And people… (giggle) and people complained about it, and eventually he was given a fig leaf!”