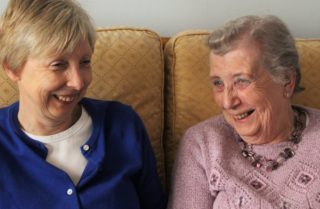 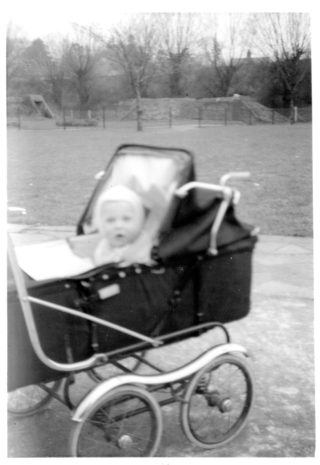 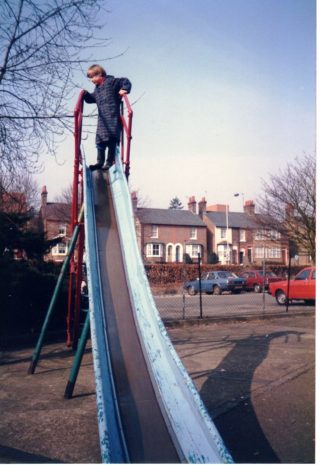 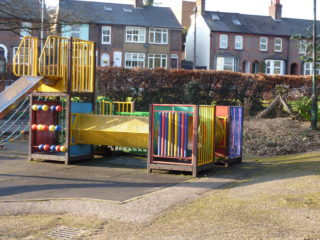 The replacement playground before it was removed in 2015 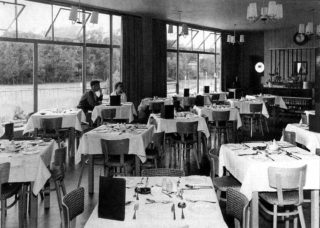 The Carey family spent many happy afternoons in the gardens or overlooking them from the Co-op Cafe. They reminisce about this and some long kept secrets are revealed!

Summer days with sandwiches and exciting times on the big slide.

Sweet memories of a bygone age when this was the only coffee bar in town. Pat remembers how glamorous it seemed and Deborah recalls clandestine visits when she should have been in class.

When you were little, Michael and Christina, we used to put them in the pram, and make up a picnic. And walk down there to go shopping and have a picnic in the water gardens when we’d done our shopping and you’d play in the playground.

That big slide was absolutely terrifying. I don’t think I went up it very much but Michael used to go up it a lot. But you’d have a terrific long queue to get on it cos everybody especially the boys wanted to go on it, but I used to like going round that… the castle bit? You could walk along the top of the… like the turrets and stuff. But, I look back on it now, and I think, It was really all quite dangerous by today’s standards