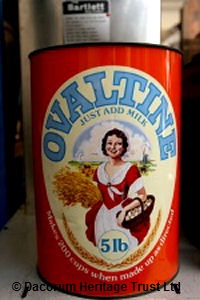 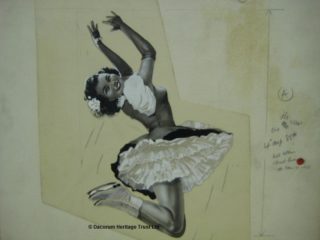 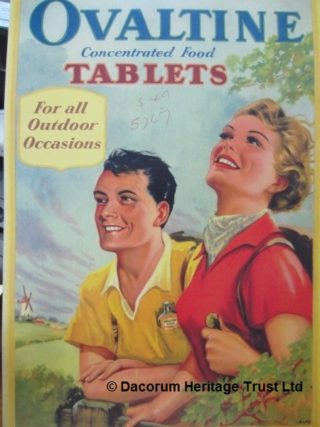 In 2002 Novartis relocated back to Switzerland and the historic Ovaltine collection came over to the Dacorum Heritage Trust Museum Store, which is on loan from the company to Kings Langley Local History and Museum Society.

It was Doctor George Wander, who founded the Swiss company and aimed to reduce the high infant mortality rate by marketing a malt extract drink. It was based on the vitamin-rich properties of malt extract and combined with Milk, Eggs and Cocoa it quickly became recognised as an ideal combination of essential nutrients in a delicious and satisfying warm drink. Ovaltine was placed on market in Switzerland in 1904 and then in 1906 exported to the UK.

In 1911 work began on the UK manufacturing facility at Kings Langley. Being an ideal location as plentiful supply of water, good transport links, good farmland for the supply of barley, eggs and milk and a large enough population to supply worker for the factory.

Ovaltine was at the forefront of advertising, utilising new techniques when they began available. For example Ovaltine was one of the first brands to be promoted when commercial television launched in 1955. These paintings (Images of Ovaltine paintings) are some of the Ovaltine advertisements we have at the Store. In 1935, Ovaltine launched ‘The Ovaltineys’; a family radio show, airing on Radio Luxembourg. We have a large number of these shows on records.

In 2002 the KL factory produced its last jar of Ovaltine after nearly a century. Although Ovaltine is no longer produced in Dacorum, commuters passing by on the train to and from Euston can still see the famous art-Deco façade.