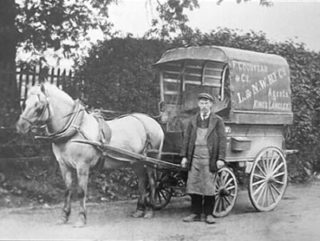 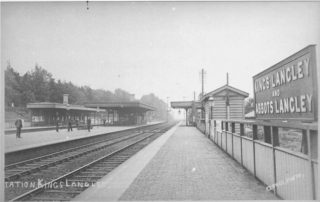 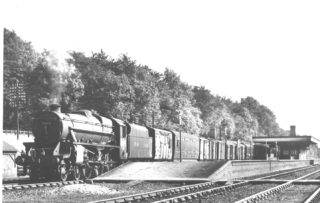 John Dickinson realised that when the railway from London to Boxmoor opened on 13 July 1837, there was potential for speedy transport of both materials and business associates connected with his paper mills at Apsley and at Home Park, Kings Langley.

The minutes of the Board of the London and Birmingham Railway dated 4 April 1838 record that a letter had been received from Mr Dickinson, suggesting that “a passenger station to be built between Kings Langley and Hunton Bridge”. It is later recorded that “Mr Stephenson had no objection to compliance with Mr Dickinson’s proposal…and that the situation he proposed for a station is the most convenient for the neighbourhood”.

Exactly when Kings Langley Station was constructed is not known, but it would have been carried out between 1838 and 1841 – being designated an official intermediate station in the timetable of June 1841 and officially opening in 1842, when it was known as Home Park Station.

In 1844, following an advertisement for land for the Booksellers’ Provident Society, John Dickinson offered a portion of his land adjoining the railway and the station at Kings Langley. This was gratefully accepted and, in 1845, the foundation stone for the Booksellers’ Provident Retreat was laid by the Earl of Clarendon in the presence of “several hundred ladies and gentlemen” conveyed from London by special train.

Completion of the Retreat in July 1846 was marked, according to a report in The Times,  by the opening ceremony when “A special train left Euston Square station at a quarter past 11 o’clock and carried down to the station at Kings Langley about 200 ladies and gentlemen invited to assist at the ceremony and partake of a dejeuner provided on the occasion”. There were a great many toasts, “drunk with more than usual enthusiasm”.