Memories of the River before the gardens were built 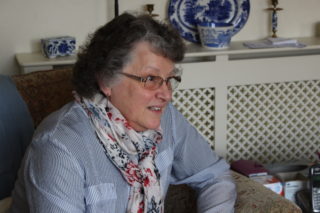 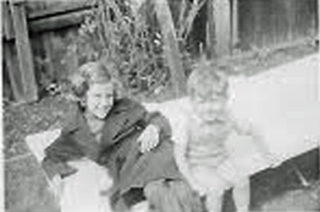 Lesley and her brother in Alma Road 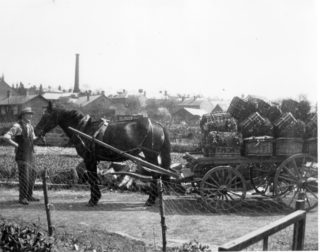 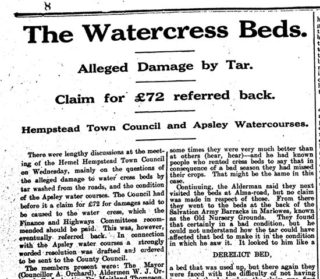 A newspaper Reference to the Alma Road Cressbeds

In these clips, Lesley describes the river Gade as it was before the Water Gardens were built.

“One of the things that I’m finding a bit difficult is scale, if you like, the distance between things. because when you’re ..9… or so, you’re not really taking a great deal of notice of things like that.  It’s just Over There. You know? It’s Over There. It’s not 150 yards apart or whatever. But they were… quite a long way apart, the two rivers.”

Swimming in the Gade

Lesley and her friends enjoyed fishing and swimming in the cool chalk stream. But the workmen building the new town didn’t think their dam was a good idea!

“We would fish for what we called rainbow trout, they were small fish about… yo big really, about 5, 6 inches long. and they’d got a couple of white spots on both sides. And could jump extremely well, If you put them into a bucket, they were out. “

” Hot summers. we would dam it, so that we could swim in the deeper water. This was fine for the first.. litlle while. I, I think the workmen downstream building, you know, police stations and ..town halls and.. shopping centres, perhaps just thought the water had… dried up a bit really, But as time passed they.. realised just what was going on.”

Where the Rivers Met

The tributaries of the Gade met at Combe Street, where Lesley’s friend lived.

”I do remember, where the … two rivers came together. Not completely but within a narrow, leaving a narrow spit of land between I could just run a long to get to school. There were obviously houses on, Bury Road, as, as was, there,  and a lot of those, their gardens came down to the river, this is the muddy river we’re talking about now, not the clean one. The muddy river. And they had bits of old wood, lumps of tree, that they put across the river to get across on to the spit of land. And then there were one or two informal crossing places across the cleaner version of the river. To get over towards Marlowes. But the way to Marlowes from that piece of ground, really was the little alley that went up by the garage and the, and the church, there didn’t seem to be much throughway beyond there. Because you’ve got,  the GPO had quite a big sort of.. depot, on there. There was a cinema along there, the… Princess,  all of which were flattened at the same time as Alma Road was. Yes, so I imagine those people could get to Marlowes by a directish route rather than having to go all around the houses in order to get to some of the shops which were the Parade and up into the old town at that time.”