Memories of life before the new town 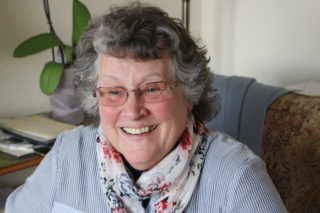 Lesley's "gang" improves their HQ with the aid of a 2 and sixpenny banger!

Alma Road was pulled down to make way for the new town. 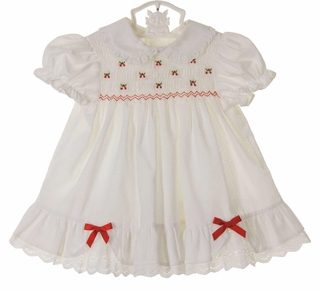 Little Polly Flinders dresses were made in the factory 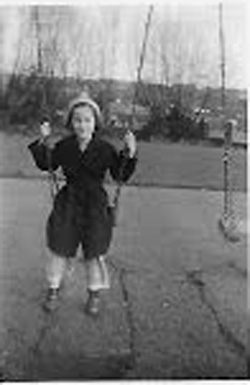 Lesley on the swings 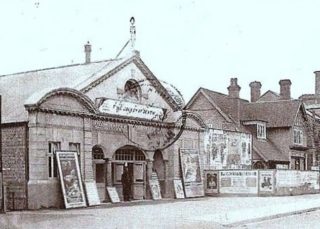 The princess cinema was nearby on the Marlowes

In these four short clips she talks about what Hemel was like before the new town, the people who lived and worked there, and the mischief she got up to.

“Built in Victorian times, .. you’d got pairs of houses, there were a couple of detached houses, there were terraced houses, all built at about the same time, so, late Victorian, turn of the century sort of time…We were the second one down, number 3. I moved in there, when I was 4 and a half. I had, a fairly wide range actually, when I look at it now, certainly in comparison with what children seem to do now. I was.. everywhere man!”

Ambush in the orchard

Lesley’s gang improves their HQ with the aid of a two and sixpenny banger!

“We would build camps, we would.. rush about, we had  ”enemies”, in inverted commas, which were another group of kids that lived, on Bury Road. You were always on the look out for them, do you know what I mean? So it was high adventure the whole time really. and you were able to to do that because it was rough ground. There there were shrubs growing, there was ..lots of sticks and lumps and bumps that you could hide behind and so on. And there was also a derelict.. building. Quite small..  I would say inside it was probably only about 8 feet square. It had still.. got most of its roof. It had a door entrance, but without an actual door. There was a window on at least one side and a hole on the other side. As I say we were sort of at war with this other group of kids. And um we felt we needed to be able to see if they were coming, from all sides, and there was this one wall that was … solid.”

Listen to the clip to find out what happens next!

At the end of the road, on the Parade, was the Pretty Polly Flinders factory. Lesley’s neighbour, who worked there, provided her with a constant supply of small shiny treasures.

“The lady that lived in between us and the dressmaking factory , she worked in the dressmaking factory on a very part time basis and she used to give me presents of buttons. New buttons from the frocks that they were making which as  a  sort of , I don’t know, six or seven year old I thought this was really, really good! They were pretty colours, and although life then as you know, wasn’t in black and white, it did seem quite… beige….and so to have these pretty buttons, was rather nice.”

The Last Days of Alma Road

Alma Road was demolished to make way for the New Town. Some may remember that the workers went on strike in protest at destroying good houses (although Lesley doesn’t talk about this)

“Having been a free range child I knew quite a lot of people in the road – not only my mates but there were quite a lot of very elderly people who lived there and they were interesting elderly people, you know, you can have a really good chat with them and find out which way’s up, if you see what I mean. An example would be – she was really a great friend of mine really – a Mrs Coker…”

“..it would have to be said that several of the very elderly didn’t really last very long after, after that move. It was not their choice to move. I’m sure it was done in as humane a way as could be done in the spirit of the time but I don’t think it was probably done terribly well”