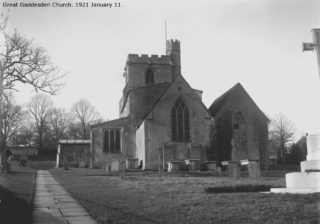 The Church St. John the Baptist was probably the site of a pre-Christian sanctuary. The church shows features of every period since the 12th century. Part of the chancel with Roman bricks dates back to the early 12th century.