You are here: Home>Towns and Villages>Berkhamsted>The trials and tribulations that led Ashridge to today

The trials and tribulations that led Ashridge to today

This article is party based on the work of Kay Sanecki, a former archivist at Ashridge college 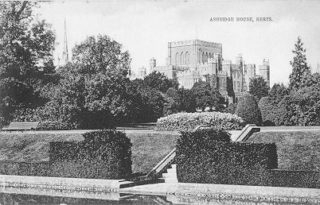 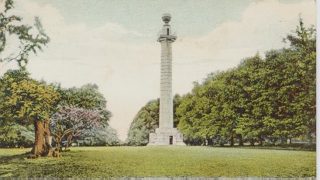 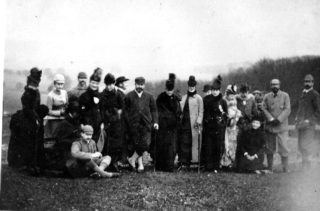 The name Bridgewater is familiar not only to local people, but in the wider world also. It was Francis, 3rd Duke of Bridgewater, who outshone all his predecessors and ensured that the name would not be forgotten. Born in 1736, he was the second surviving son of Scroop Egerton, 1st Duke of Bridgewater. Francis was a dull-witted and sickly lad, mostly left to the company of the servants.

His elder brother John inherited the title in 1745 but died of consumption three years later, leaving Francis, a boy of twelve, to become the 3rd Duke. His mother sought to have the inheritance set aside on the grounds of diminished intellect, but following a smattering of education and a European tour, Francis emerged to develop his estates and business interests in the North West of England. He became known many years later as the ‘Canal Duke’. His tomb and memorial (designed by Westmacott) are in Little Gaddesden Church.

John William, 7th Earl of Bridgwater, inherited Ashridge from the Canal Duke in 1803 and employed Richard Westmacott, a fashionable sculptor in the early 19th century, to embellish the new building erected there by James Wyatt. His commission was to provide effigies, suitably Gothic in style, to represent the Royal Plantagenets (whose home was once in Berkhamsted Castle). They founded the Monastery of Ashridge, or College of Bonhommes, in 1283, as explained in last week’s article.

After the Dissolution of the Monasteries by order of Henry VIII, his daughter Elizabeth was bequeathed Ashridge in his will.  Thomas Egerton her Lord Chancellor and also Chancellor to King James I, bought Ashridge in 1604, the year following the Queen’s death, and it remained in the Egerton family, (Earls and Dukes of Bridgewater), until 1848.  Their cousins, the Brownlow family, then inherited the estate.

The famous landscape designer, Lancelot ‘Capability’ Brown himself worked there in the 1760s, giving the gardens a more naturalistic outlook.  The ‘Golden Valley’ was made in a narrow dry valley edged with curving woodland.

It was the 3rd Earl Brownlow and Lady Adelaide who controlled the estate in its heyday from 1867 to 1921. That was a period in which the entire estate was managed in a highly business-like manner, and when the house itself was the scene of much entertaining and many society occasions. Some events were attended by royalty, including the Shah of Persia in 1889.

Roads were built, churches restored, farms modernised and tree planting undertaken. Many signs of Lord Brownlow’s care for his estate remain to be seen. Above all, he provided work for as many as 800 people.  His beloved wife Adelaide died in 1917.

His own death in 1921 brought dramatic changes to Ashridge, changes that transformed the estate throughout the 20th century. He stated in his will that Ashridge was to be sold to save his main house at Belton.  Much of the woodland was bought by the National Trust, their first purchase of standing timber.   The mansion and gardens were acquired by Urban Broughton, who gave them to the Conservative Party to form a College, named after Andrew Bonar Law, Prime Minister in 1922-23.  In 1959 it became known as the Ashridge Management College, (Ashridge Business School), which has greatly developed since then and now works with renown in the international market. The house and gardens have been very well kept and are open to the public on certain days of the year.  Although an extensive part of the estate became the Ashridge Golf Club, the National Trust today looks after over 5,000 acres of land which were once part of monastic and Crown property.  The battle to save Berkhamsted Common from enclosure in March 1866 was won – but that is another story!