You are here: Home>Topics>Transport>On track for a rivalry on the railways

On track for a rivalry on the railways 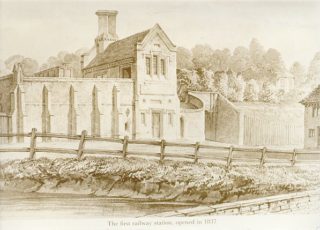 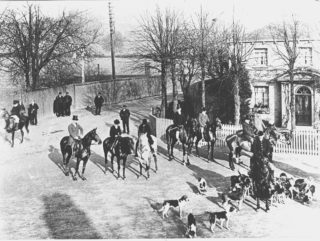 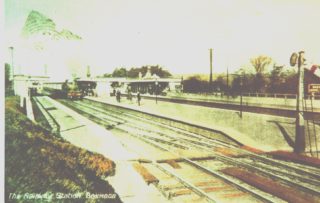 Boxmoor Station (now Hemel Hempstead Station). After all the dissension and debate, one can imagine the excitement when the Euston to Boxmoor section of the line was finally opened on 13 July, 1837. A month later the directors reported that the number of passengers had exceeded all expectation.
Dacorum Heritage Trust Ltd 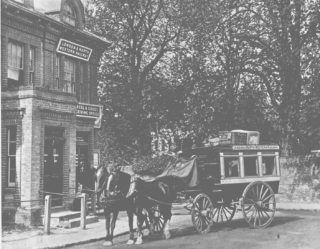 The railway could not have survived in the early days without the use of horses. At Boxmoor, the Station Horse Bus was a regular feature trundling between the Station and the Marlowes Posting House.
Dacorum Heritage Trust Ltd

In 1830, the firm of George Stephenson and Son were called on to decide between rival routes for this major undertaking, promoted by the trading and manufacturing interests of the country.  It was Robert Stephenson who undertook the necessary survey and decided that a route through Hertfordshire via Watford and Hemel Hempstead would be easier to construct and would require less land than its rival route via Oxford.  A consideration was that it would be better, if possible, to avoid the residences and parks of the gentry.

Vigorously dissenting landowners held meetings in Berkhamsted and Watford when the plans for the railway were published in 1830 and 1831. The shareholders and trustees of the Sparrows Herne Turnpike and the Grand Junction Canal Company also opposed the Railway, since their routes ran almost parallel and would introduce serious competitionWhen George Stephenson discovered in the early 19th century that a locomotive lost three-quarters of its power on a 1:100 gradient, it was clear that valleys had to be banked up, whilst tunnels and cuttings would have to be made into raised ground.

The fact that the original London and Birmingham Railway is still praised today for its smooth, straight and economical running is due to the engineering genius of Robert Stephenson, who built the railway between 1834-38 in strict accordance with his father’s principles.

In Dacorum, the London company of W & L Cubbitt secured the three contracts to construct just over nine miles of track from Kings Langley to Tring Station. This was largely straightforward banking and cutting, but included the Northchurch Tunnel and the difficult, soggy marshland around Berkhamsted Castle.

According to The Reformer of 18 July 1837, “The directors of this rapidly progressing great national undertaking treated their friends and a large and brilliant party to an excursion along the railway on Thursday last.  The road from a station at Euston Grove to Boxmoor forming a route of 23 miles, and now finished in all essential details, was, as on the occasion of a former trial, the length of the excursion.”  Boxmoor became, in effect, the first terminus for a passenger railway in the world!

From the beginning, it was agreed that railway stations had to be much more than mere halts or stopping-places just for passengers and goods to be loaded and unloaded. A passenger had not only to be safe on a railway journey, but also to feel safe and a potential investor had to feel assured about his funds. Therefore, early stations were architect-designed, solid, permanent looking and in keeping with the locality.

“The social and commercial impact of railways was tremendous,” so wrote Hamilton Ellis in his Pictorial Encyclopaedia of Railways. “This was the first mechanical form of land transport mankind had ever known. As the rails advanced, distances abruptly shrank. Motors and aircraft have only carried on the process which the railways initiated; it was the rail that changed the world”.

This was certainly true of the Dacorum area, as of everywhere else where railways triumphed.