You are here: Home>Places>Companies and work places>G B Kent & Sons, Apsley 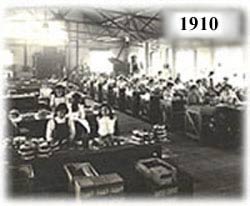 Workers in 1910
The Dacorum Hertage Trust 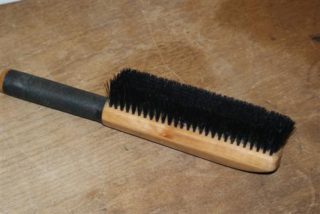 Clothes brush in the shape of a cricket bat made by GB Kent and Sons Ltd.
The Dacorum Hertage Trust 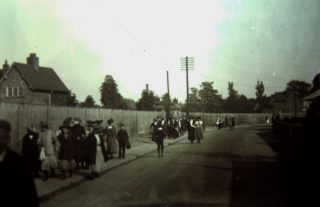 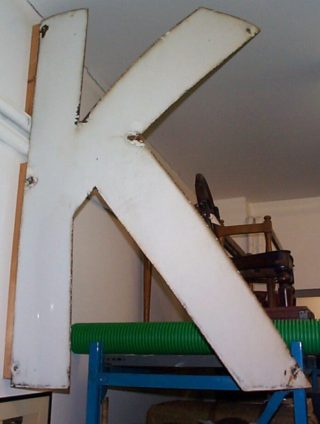 GB Kent & Sons was established in 1777, by William Kent in the reign of George lll manufacturing a range of brushes of the very best workmanship. In those days it is recorded that William delivered brushes to his customers with a string of pack horses. The business prospered and expanded and in the 1820s the firm was making toothbrushes for His Majesty George lV.

The quality of the brushes continued to be recognized, and the firm received the Royal Appointment to Queen Victoria and medals of excellence were presented at the Great Exhibition of 1851. The factory premises expanded and moved from Great Marlborough Street to Victoria Park where it is recorded that 60 gross of bone-handled toothbrushes were being made per week! The British Trade journal of April 1874 reports that ‘Messrs. Kent and Co may be justly regarded as the representative firm of the brush making industry’. By 1882 the workforce was over 600, and that year telephones were installed in the offices! The company were pioneers in the use of machinery, drilling machines, bristle filling machines and they employed both male and female workers, the latter ‘picked for the pleasing feature of comliness’.

In 1900 we became a public company and moved yet again to Farringdon Road where we stayed until 1940. By now the company had a very wide variety of customers both at home and throughout the world; chemists, hairdressers, ironmongers, silversmiths, HM government, railways, local government and factories.

Further land was acquired in Apsley, Hertfordshire, and in 1901 new factories were built here alongside the River Gade which links with the Grand Junction Canal. Along this timber and coal were transported by barge and unloaded at the factory’s own wharf. Raw materials came in from all over the world, bristle, badger, whalebone, and exotic woods. In 1908 our horse drawn van was replaced by the first motorised delivery van. The First World War proved a time spent supplying the British army with no less than 7 brushes in each soldier’s kit.

Things took a decline after the war and difficult trading prevailed in the industry and on the death of the last Kent brother Arthur Kent the company was acquired by Cosby brushes, and Eric Cosby opened a new chapter in Kent’s history.

Kent is still with the Cosby family, with 3 members working full time at the factory in Apsley, Hertfordshire.

The old factory buildings were demolished 20 years ago and a new modern factory built. We continue using many of the same skills learnt from the past, and still make a completely handmade hair brush, which involves hand ‘drawing’ the bristle through the wooden brush back. The whole process takes hours of shaping, sanding, buffing, and lacquering, finally creating a beautiful hair brush of the finest quality.

Many of our traditional designs remain unchanged, but in recent years we have complimented these ranges with styling brushes to meet the changing needs and lifestyles of today’s world, and the demands of a highly innovative hairdressing industry. Use of colour, cutting edge materials, and design, are manipulated to provide tools to cope with heat, fashion and wet products. Our objective is to provide every conceivable brush needed to care for and design hair.

We are the longest established manufacturer of hairbrushes in the world and our claim to be the World’s Finest Brush maker is close to our hearts. We look to the future with caution and enthusiasm and believe whole heartedly that our brushes provide the best hair care available.