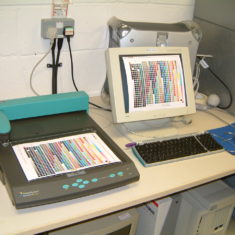 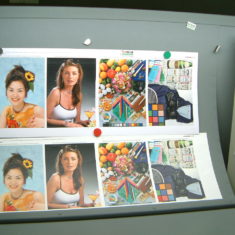 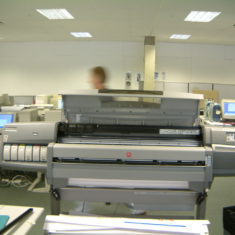 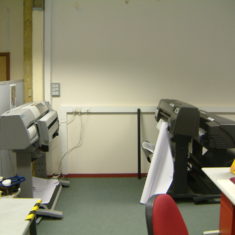 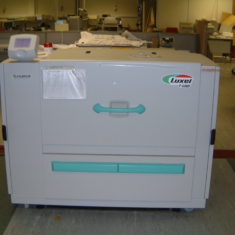 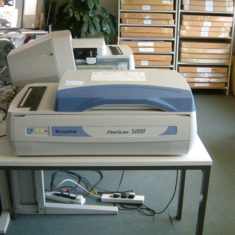 Drum scanners give way after all the years
Bill Koolen 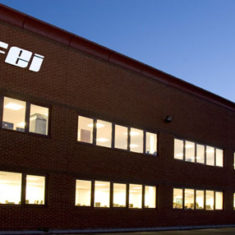 John Crosfield formed Crosfield Electronics in 1947 to design and manufacture press control equipment. The first colour scanner, the Scanatron, which used CRT technology, was introduced in 1958. This took up nearly a whole room! The first of many Magnascan drum scanners, the 450, was launched in 1969.

Crosfield introduced the world’s first digital scanner in the mid-70’s. This was soon followed by Electronic Page Composition Systems capable of combining several images together. These later handled image retouching.  Very basic stuff by today’s standards but revolutionary in the late seventies and early eighties. Crosfield Electronics Ltd. became part of the  large and very long-established De La Rue plc group in 1974. For many years the company was located in Holloway Road, North London. Manufacturing was relocated to Peterborough in the mid-70s. The Head Office and Research & Development department moved to Hemel Hempstead, Hertfordshire in 1984, while the Training Dept. moved to nearby Watford.

In 1997 what remained of Crosfield became FFEI (FujiFilm Electronic Imaging), having for the previous few years been jointly owned by Dupont and Fujifilm. Manufacture of drum scanners ceased around 2003. In the last few years only a handful were built. In the heydays of the 1980s as many as 100 per month could be built in the Peterborough factory. About 85-90% were exported. Indeed the company won so many “Queen’s Awards for Export”, etc. that the reception area couldn’t display them all!  The Head Office in Hemel was scaled back to the former R&D building, with the former four floor office block being let to other businesses, and becoming “Catherines House”. Manufacturing of platesetters, etc. remained in Peterborough, which was very fortunate, as later events were to prove.

On December 11, 2005 disaster struck in Hemel Hempstead. The adjacent massive Buncefield Oil Depot exploded. This was the largest explosion in Europe in peace-time! Some of the very large Industrial Estate was almost obliterated. More than 40 premises were destroyed or seriously damaged. Fortunately it occurred at 6 o’clock on a Sunday morning, so there were no fatalities and few injuries. The former Crosfield building was badly damaged, with the FFEI Head Office being completely destroyed. Apparently this was one of the nearest buildings to the oil tanks. Staff were relocated to Peterborough and to other temporary premises. Later in 2006 FFEI Ltd. had a management buyout from Fujifilm.