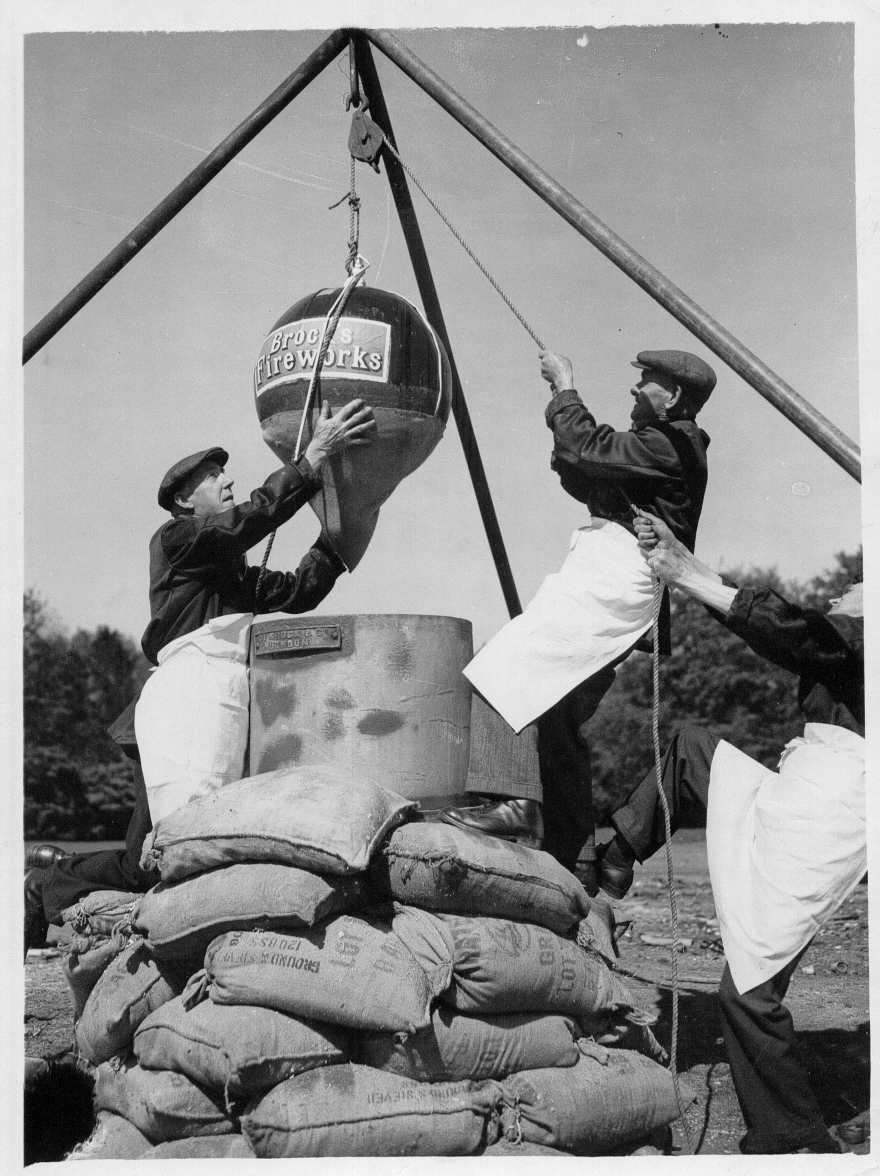 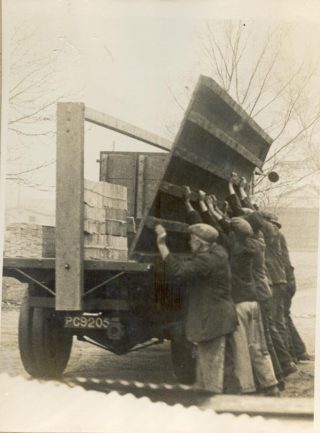 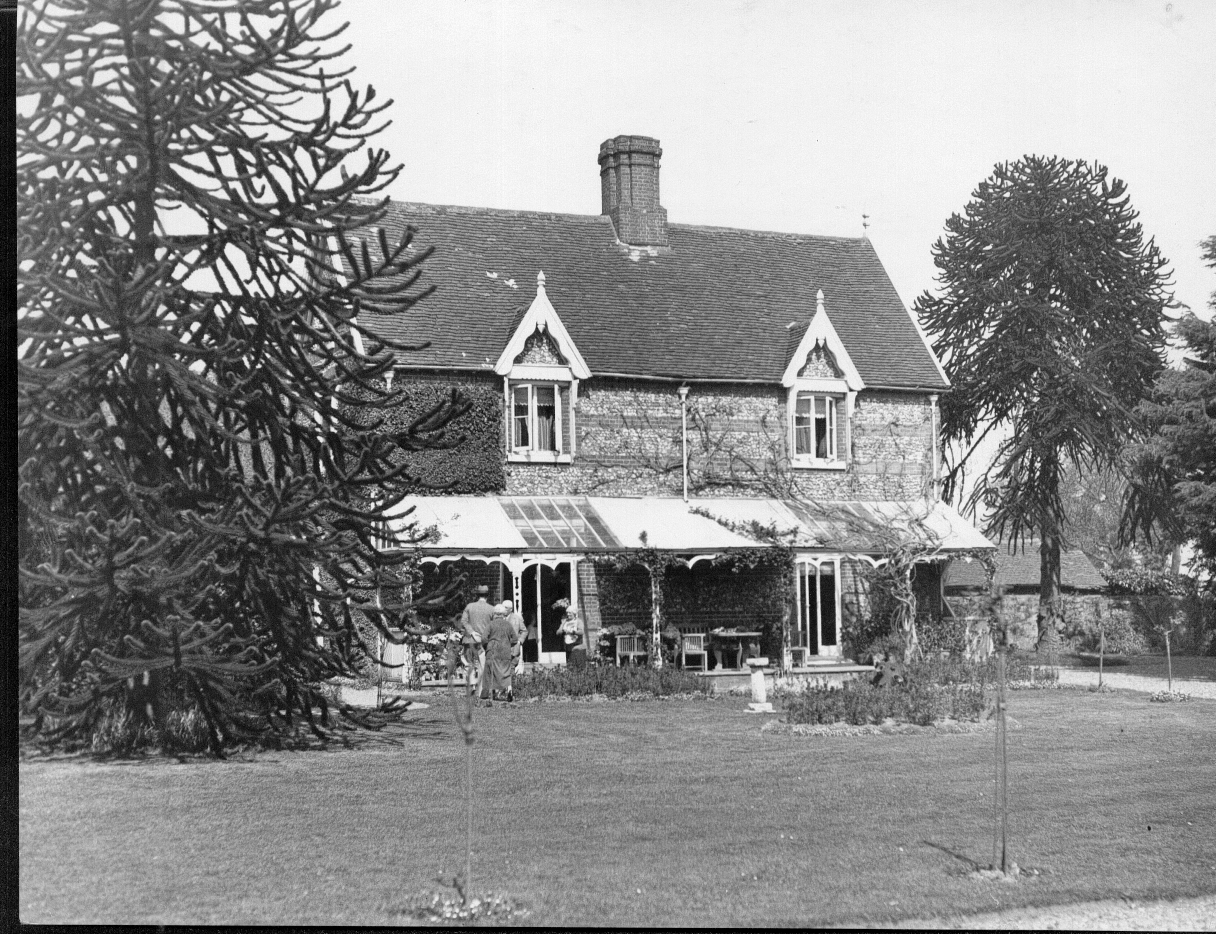 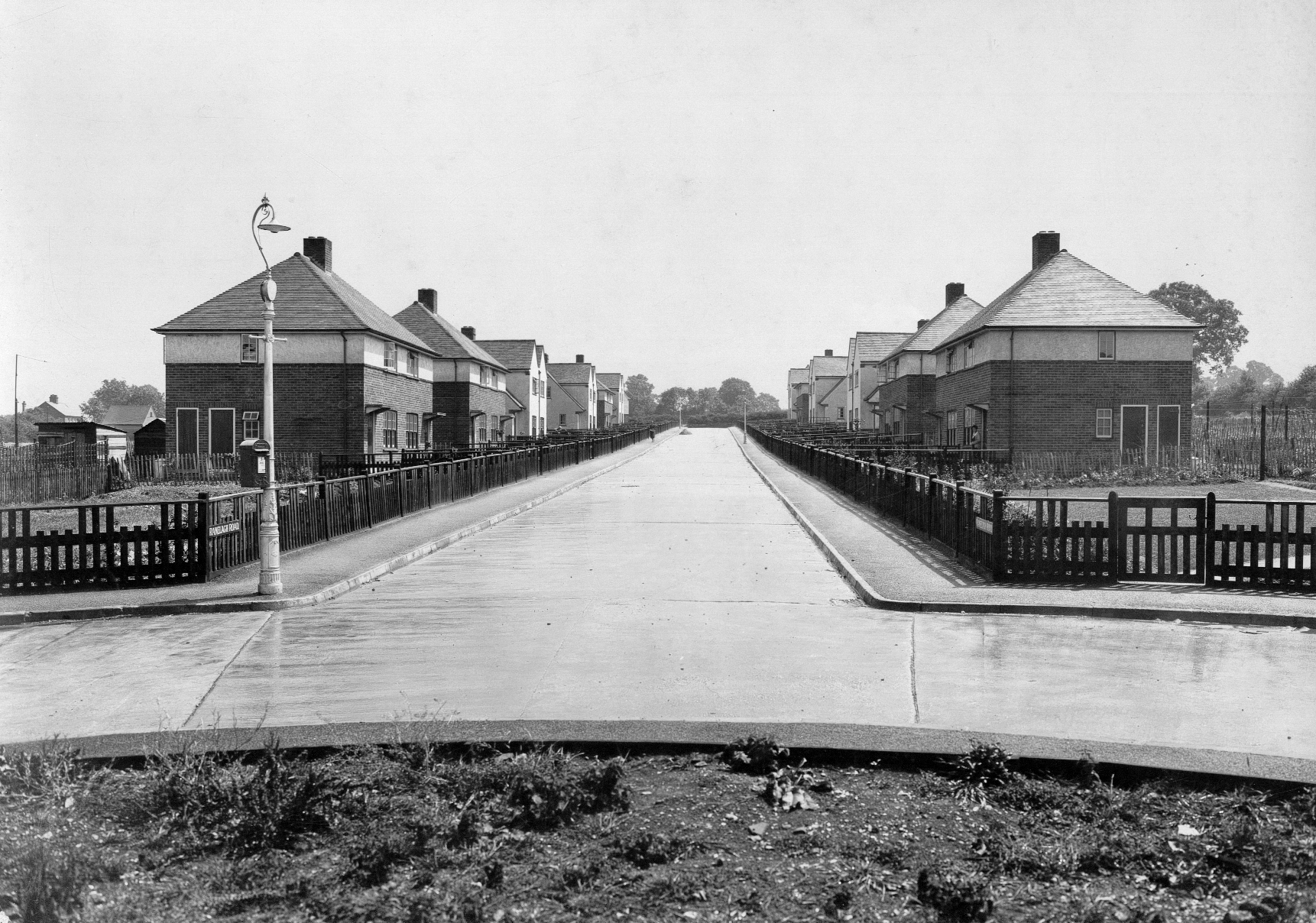 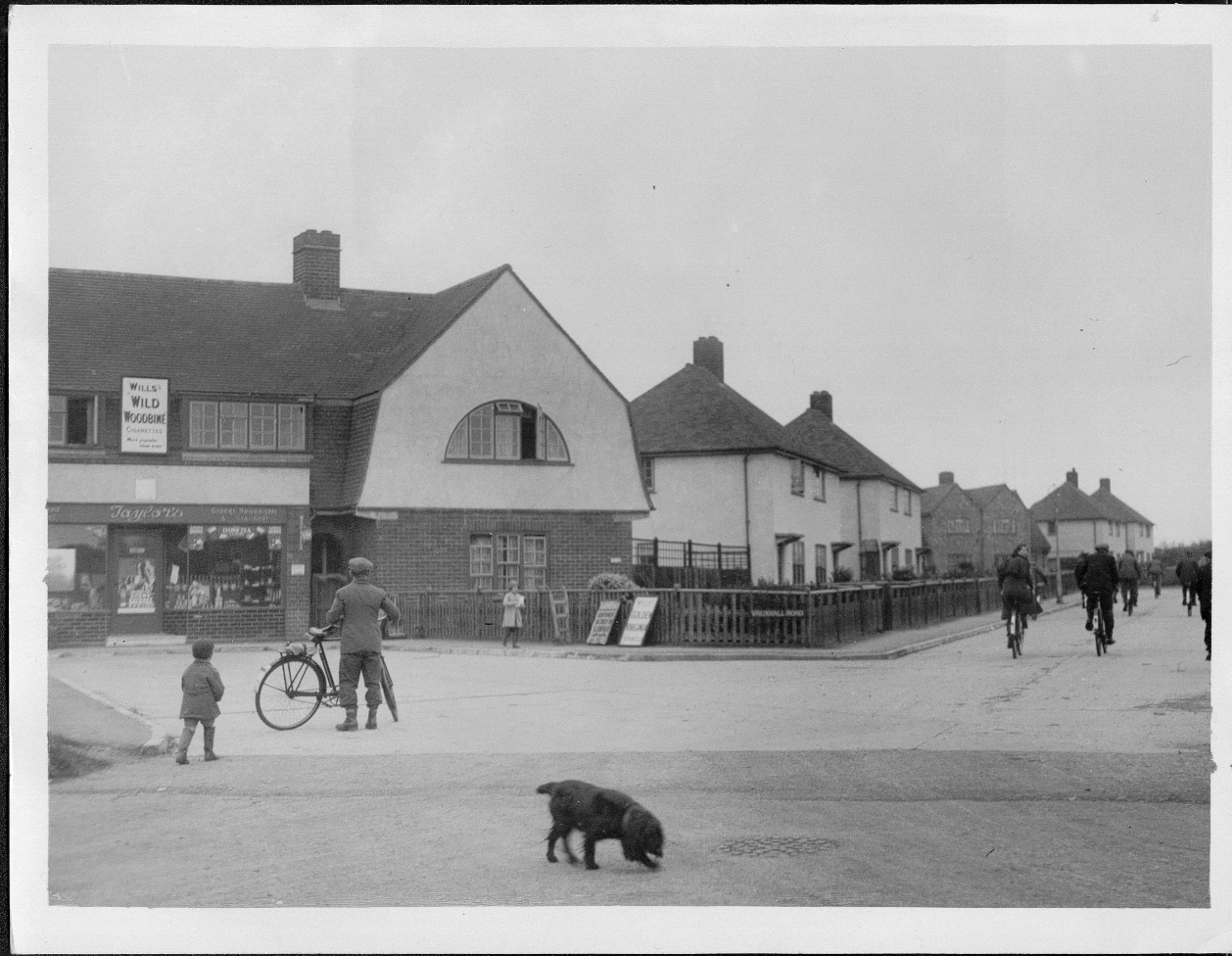 From the 1933 until the early 1960s, Hemel Hempstead was the home of Brock’s Fireworks , a well known firework manufacturer of the time. In the late 1930’s Brock’s employed nearly 500 in the town.

The company produced “The World’s Largest Firework Bombshell” which is shown being loaded into its mortar which had a 25″ diameter.  When the shell was projected and exploded in the air, it created a canopy of coloured stars with a quarter of a mile radius.  This was used in fireworks displays around the world and at the London Peace Display in 1946

The company moved from Sutton in Surrey to a 207 acre site at Woodhall Farm, Hemel Hempstead, in order to expand production and comply with safety regulations. They built what was then the world’s largest firework factory. The move was not just a change of location for employees – over 100 employees from Sutton applied for transfer to the new site, but also involved taking down some of the buildings at Sutton and loading the sections on to lorries for removal to Hemel Hempstead where they were rebuilt.

In the 1930s, the company also built housing for employees and provided a social club and sports facilities. These photos of Vauxhall Road and Ranelagh Gardens show Brock’s houses; the streets were named after London gardens where fireworks displays had been held.

After Brock’s Firework Company moved from Hemel Hempstead to Sanquhar in Dumfriesshire, the land was sold for housing. In the 1970s Woodhall Farm became eighth area of housing built around the new town with the first residents moving in in 1975.  The farmhouse at Woodhall Farm which had been the home of Brock’s managers became Woodhall Farm’s community centre in the 1980s.  The estate didn’t have gas supplies until the 1980s; one early resident of the estate told me this was due to concern that at that time, there may have been residue from explosives in the soil!

Can you add to this story? Do you have any pictures of Woodhall Farm you wish to share. Do leave your comments or add your own article to “Our Dacorum”.