The Story of Coopers 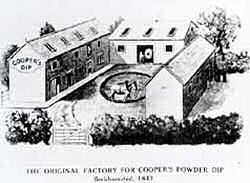 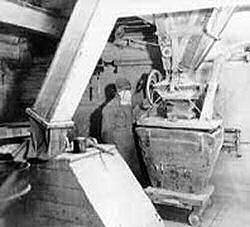 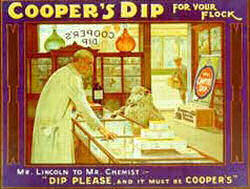 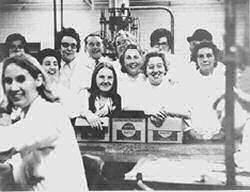 William Cooper arrived in Berkhamsted in the early 1840s, seeking to start a new business as a veterinary surgeon. It is said that he arrived from London by cart with a black bag containing a few of his belongings and the tools of his trade, such as his pestle and mortar.

By 1851, he lived in a small house in the High Street, where he worked on experiments which led to the formulation of his famous sheep dip. Scab, the scourge of sheep, had previously been treated by smears containing tar and goose-grease, tobacco stalks and brimstone. None was very successful.

From 1843 to 1852, William carried out meticulous experiments using a combination of arsenic and sulphur. He finally produced a sheep dip preparation which could be standardised in composition and quality as well as easily stored, packaged and transported.

William Cooper erected his first mill for the manufacture of powder dip at Ravens Lane in 1852. The factory was extended five times during second half of the 19th century. There were horse powered mills for grinding, kilns used for boiling the liquor, as well as areas where the sulphur was ‘dressed’. New steam powered machinery was introduced in the 1860s and carpenters were employed to make boxes to carry the dip. William also developed his own printing works and the lithographic process was used to produce labels which could not be easily imitated.

Initially, William managed all parts of the business himself but it soon became too much for him. In 1868, he was joined by his nephew, William Farmer Cooper, who initiated their overseas trade. Sadly, he died at the young age of 37 in 1882. His uncle, William Cooper died three years later in 1885. He was much mourned by his employees. Although stern and hot-tempered, he treated his workers fairly and many of them stayed with the company all their working lives.

The arsenic and sulphur were dressed using a machine called ‘the Joggler’. This consisted of a long flat sieve in a deep box which was moved backwards and forwards at high speed by a wrench. The mixture was then boiled in the Kiln, which was attached to the Grinding Mill. It was then cooled for several days until it had the consistency of treacle. The powder was then placed on the kiln floor and mixed with the liquor by men using shovels. When thoroughly mixed, it was spread out evenly on the kiln floor and pressed down tightly by men walking over it. Initially, the men wore their own shoes but eventually were provided with boots.
William Cooper noted, ‘It is a serious affair if the ‘dipping’ gets into their feet’.

After the mixing had been completed, it was baked gradually over a slow heat for some days until it had assumed a brilliant yellow colour. By this time, it was as hard as cement and a pick was used before it could be broken up with hammers into sizes suitable for placing in the Mill for grinding. The Grinding Mill was for many years open and unprotected by any covering to keep the dust in. The front of the mill facing Ravens Lane was often covered with yellow powder.

The company continued to expand after the death of William Cooper. Its travelling salesmen ensured that the powdered dip was now exported throughout the world. In the 1880s, another factory, the Lower Works, was built in the High Street. A piece of land at the back of this factory was used as a wharf where barges were unloaded (sulphur, arsenic and coal) and loaded up with cases containing packets of powdered dip, which were transported by canal to the London docks.

Two other nephews joined the firm – Henry Herbert Cooper in 1880 (sadly he died in 1891 aged 31) and Richard Powell Cooper, who became the sole owner of the business following the death of his uncle. In the next 22 years, under his direction, the company went from strength to strength.

In 1898, his eldest son, Richard Ashmole Cooper became a partner in the company. One of his first acts was to encourage the installation of a revolutionary machine for wrapping and weighing the packets of dip. He was also instrumental in setting up the Cooper Research Laboratory in the office building in Ravens Lane. He took over the business following his father’s death in 1913, whilst also serving as a Member of Parliament.

By 1925, due to poor health and an uncertain future, Richard Ashmole Cooper joined forces with Isaac McDougall, Chairman of McDougall and Robertson Ltd. and amalgamated the two businesses. The Berkhamsted site continued to develop – the original factory location became offices, printing was carried out at Clunbury Press in Manor Street and veterinary research and development took place at Berkhamsted Hill.

During the Second World War, Cooper, McDougall and Robertson produced Anti-Louse Powder – AL63. The louse had been responsible for the deaths of many men during the First World War as it caused trench fever and typhus. The remedy had to possess protective as well as killing properties and it was decided it should take the form of a powder so it could be dusted into clothing. Over 100 different preparations were tried. The one chosen was the 63rd, hence the name. The active ingredient in AL63 was DDT and was used by many local people as a pesticide on their gardens and allotments.
It was also during the Second World War that new synthetic insecticides appeared on the market. As a result, the days of the old Cooper’s powder dip were numbered and production in the town finally ended in the mid 1950s.

Having invested in a strong research organisation, the company was able to adapt to changing conditions. For example, the country’s first aerosol filling line was designed and installed at Berkhamsted. The first product to be filled on the line was ‘Cooper’s Fly Killer’, originally known as ‘Cooper’s Household Aerosol’. This was followed by ‘Freshaire’ and ‘Woodworm Killer’, ‘Crawling Insect Killer’; and ‘Hi-Fi Furniture Polish’.

A new company called PAFCO (Pressure Aerosols Filling Company) was set up at Berkhamsted, which undertook the filling of aerosols for outside companies. The first product filled for an outside customer was Palmolive ‘Rapid Shave’. In 1965, the 100 millionth aerosol was filled at Berkhamsted.

Final Days of the Company:

After the death of RA Cooper in 1946, it became apparent that family businesses like C.M.R. had to expand to survive and in 1959 the company was acquired by the Wellcome Foundation Ltd. In 1962, the manufacture of piperonyl butoxide was transferred to Kelvindale, Scotland and by the early 1970s only one (pressure packs) out of the five aerosol lines was still operating. The Printing Office (now the Clunbury Cottrell Press) closed in 1979.
Cooper’s Animal Health research station at Berkhamsted Hill, a joint venture between Wellcome and ICI was sold out to an American animal health company in the late 1980s.

In 1992 the Wellcome Foundation sold its environmental health business, including the Berkhamsted site to the French company, Roussel Uclaf. The chemical company, Hoechst (Roussell’s major shareholder) joined forces with Schering to form AgrEvo. The Berkhamsted site has been part of AgrEvo UK since 1995. The site finally closed on 31 July 1997.