You are here: Home>Towns and Villages>Berkhamsted>Meet the navy spy from Berkhamsted who helped kick- start conflict in Egypt 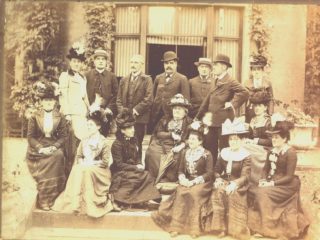 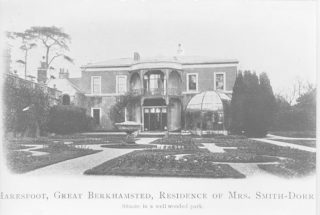 “Smith-Dorrien was more or less responsible for the commencement of the Egyptian War”. The Gazette, 23 May 1931.

Henry Theophilus Smith Dorrien was born in May 1850 and was the second eldest son of Col. Robert Smith-Dorrien and Mary Ann Drever of Haresfoot House, Berkhamsted. He joined the Royal Navy as a cadet in 1863 and a year later served in the Mediterranean on board HMS Revenge. Later, he served as midshipman on board HMS Galatea when she sailed round the world and as Sub Lieutenant on HMS Serapia when the Prince of Wales visited India in 1875.

In 1880, he joined the Admiral’s flagship, HMS Invincible, as Flag Lieutenant, and was to make his name during the troubles in Egypt in 1882. Nationalist riots in Alexandria on 11 June 1882 had resulted in the massacre of a number of Europeans there. Arabi Pasha, the rebel leader who had led an army mutiny the previous year, threw up new earthworks and gun emplacements around the city and declared that he could hold out against all the fleets of Europe.

On 10 July, Admiral Sir Beauchamp Seymour, GCB, Senior Flag Officer Mediterranean Station, issued an ultimatum that either the forts were to be surrendered and no new gun emplacements were to be built, or they would be bombarded. Arabi disregarded this and continued working on the emplacements.

Lieutenant Smith-Dorrien volunteered to be put ashore, disguised as an Arab fisherman, to see if the ultimatum was being complied with and the guns dismounted. They were not, as his report to the Admiral showed upon his return. The ultimatum was scheduled to cease at 7am on 11 July. On receipt of the report, and a signed affidavit from Smith-Dorrien, Sir Beauchamp Seymour commenced the bombardment. Three days later, he made a daring reconnaissance with Lt. de Courcy Hamilton, wading across Lake Mareotis, a land-locked sea south of Alexandria, in order to ascertain if the water was too deep for the cavalry to cross.

Henry retired as Lieutenant Commander in August 1890. He died in West Hampstead on 17 May 1931 aged 82 and is buried in Three Close Lane Cemetery, Berkhamsted.

An acre of additional land had been given to the parish for burials by the Countess of Bridgewater and an extra adjoining piece was added in 1921.  However, even this extra land was soon filled and a new town cemetery was opened at Kingshill.  The Three Close Lane Cemetery was the last resting place for many well-known Berkhamsted people, including some Smith-Dorrien family members.