You are here: Home>Dacorum Heritage Trust>Local History Collections>People>Artist's legacy lives on in the White House

Artist's legacy lives on in the White House 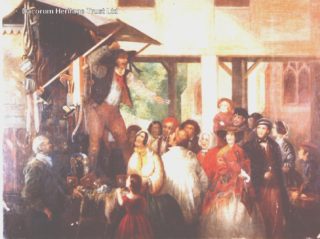 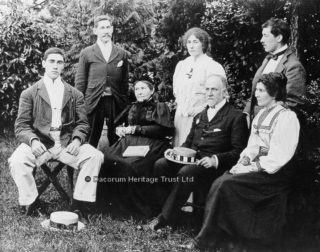 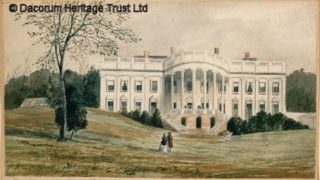 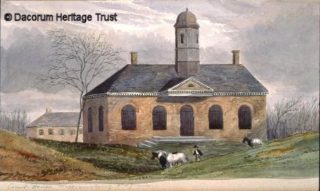 Lefevre James Cranstone was born in Hemel Hempstead in 1822. He developed an interest in art from an early age and was enrolled at Henry Sass’ Academy School of Art in 1838 before entering the Royal Academy School as a probationer in 1840. During his artistic career he exhibited several paintings at the Royal Academy and at the Society of British Artists, yet he never achieved national recognition from his Victorian audience.

Lefevre is perhaps best known abroad, particularly in the USA as he produced over 300 sketches during a visit in 1859. Today, many of Cranstone’s works are in notable American Institutions, such as the Museum of Fine Arts (Boston), the White House (Washington DC) and the Lilly Library (Indiana University).

Lefevre is not only of interest as a fine Victorian artist, but also as a member of a notable local family. The Cranstones were influential within the political, religious and industrial spheres of Hemel Hempstead, running the iron foundry in the High Street and holding prominent positions in the town’s Society of Friends (Quakers).

The final decade of Lefevre’s life was spent in Australia, He moved there following the death of his wife Lillia in 1882. The warmth and light appears to have rejunavated his artistic verve. A large collection of his works in the John Oxley Library is testimony of this resurgence. He died in Brisbane in 1893, aged 71.

Cranstone was educated at Ackworth School, a boarding school for Quaker children, in West Yorkshire. His enrollment at Henry Sass; School of Art was a private school designed to prepare students hoping to enter the Royal Academy. Lefevre’s preparations were successful and an entry in the Royal Academy Schools’ Student Book shows that he was accepted as a ‘Probationer’ in January 1840. As a ‘Probationer’ Lefevre had three months to prepare a set of drawings for review by the Council (the ruling body of the Academy); his works were approved and he was formally enrolled on 21 April. It is unclear how long he studied at the Royal Academy, but a period of ten years was not unsual.

Despite being based in London during his early career, Lefevre made regular visits to his home town. As a result there are several paintings and etchings of the town from this period. These give both an interesting glimpse of the town and Lefevre’s early development.

In the late summer of 1859, Lefevre Cranstone departed from Hemel Hempstead for North America; he would be away for over ten months. Lefevre was accomapained by his younger brother Alfred but left behind his wife, Lillia and their two young children, Fredrick and William. Lillia was left with a heavy workload, for not only did she have the two young children to look after, she also had the responsibility of running the family school in Marlowes. Income from the school was essential for funding Lefevre’s passage as well as his stay.

The first leg of the journey began by travelling overland to Liverpool. Once in Liverpool the brothers boarded the steamer Kangaroo, in late August. The steamer picked up passengers in Ireland on 2 September and 14 days later called at Halifax, Nova Scotia, before finally arriving in New York on 19th September.

Travelling to America was an opportunity for Lefevre to gain artistic stimulation and to capture scenes that would appeal to art collectors. His prolific output, producing over 300 sketches, indicates that he had found motivation.

Lefevre Cranstone’s grandparents, Joseph and Sarah, moved to Hemel Hempstead with their family in 1782 and laid the foundations for several successful generations in the town. Hemel Hempstead would have been an attractive place for them, as it had a thriving market and strong Quaker tradition.

Lefevre’s father married Maria Lefevre in 1819; she was of Hugenot descent and it from her that Lefevre takes his name. During the early 1850’s Lefevre met Lillia Messenger, who ran a school with her sister in Marlowes. They married in July 1855 and bought Hill House near the High Street, where they had three children, William Lefevre in 1856, Frederick George in 1859 and Beatrice Lillia in 1866. The family home was substiantial, enabling Lillia to open a boarding school on the premises