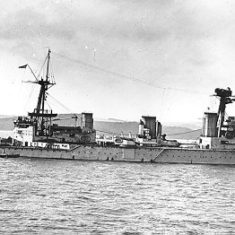 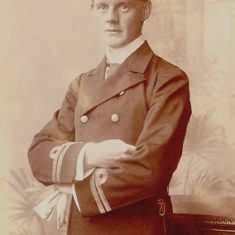 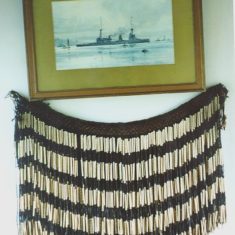 Lionel Halsey was the fourth son of the Rt Hon Sir Frederick Halsey of Gaddesden Place. He saw action in the Boer War during the siege of Ladysmith and was later made Captain of the battle cruiser, HMS New Zealand.

When this ship stopped off at New Zealand in 1913, Halsey met some local Maori chiefs. One of them presented him with a Maori warrior’s costume and said that it had belonged to his father who had been victorious in all his battles. The chief asked Halsey whether he would wear the outfit if ever he was in battle. Halsey agreed to do so not thinking he would ever have to honour this promise.

A year later the First World War broke out and when HMS New Zealand took part in the Battle of Heligoland Bight of August 1914, Halsey honoured his promise and donned the Maori costume.

One of crew declared at the time “The old man has gone dippy!” But the ship emerged from battle without a single scratch and there were no fatalities.

Halsey was promoted to Captain of the Fleet and was on the bridge of HMS Iron Duke at the Battle of Jutland, for which he was made Companion of The Order of The Bath.